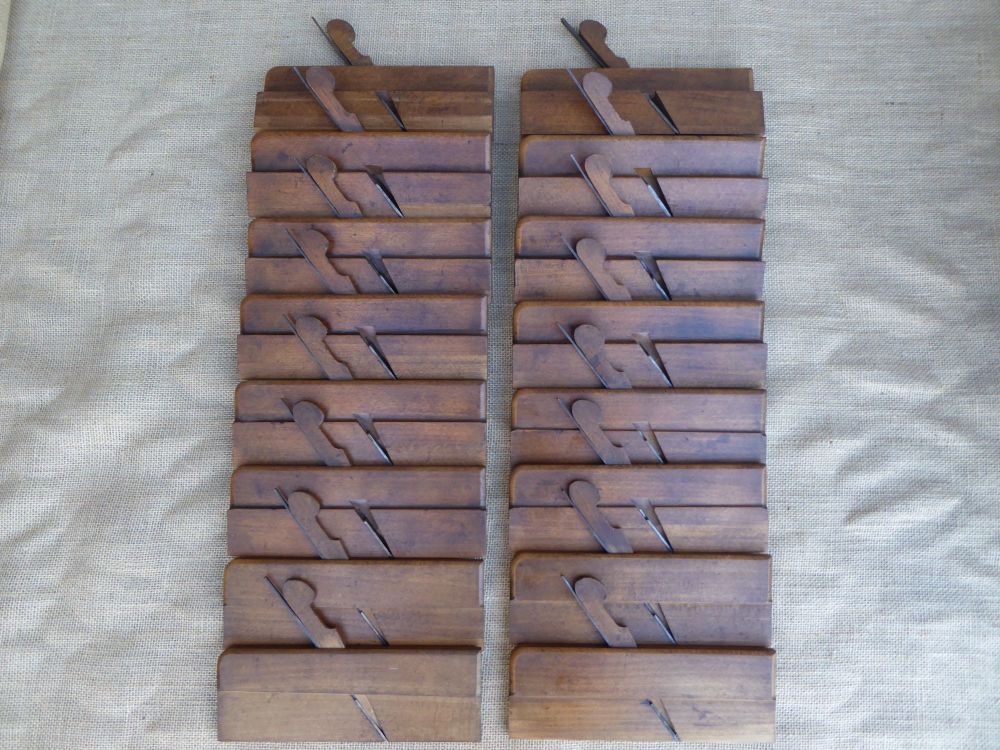 0 in your basket
View Basket Checkout

This nice part set are all stamped "Shepley" with no initals. William P Shepley operated in London between 1780 - 1799 at 40 Greek Street, Soho.

There are 8 pairs so 16 planes in total, the pair numbers are:

They all have user names (D Goddard, P Reeve plus a couple of initials) stamped on both the front and rear of the planes (not all on the rear, some clear), these names seem pretty consistant so they have most likely been kept together like this.

The condition of these for the age is really pretty good, no major chips or breaks but the odd markings on some (like no.16) on the sole, the irons have over time have rust staining and some light pitting as they tend to do, this doesn't detract from them too much and they should sharpen up ok if intended to use, but this is a nice collection just as is.

These 18th Century plane do come up but in general not in this condition.

Recommend this to a friend  +