Tools are what I have dealt in for many years and when clearing out workshops you can discover all kinds of things, I recently discovered this very interesting letter from 31st August 1939 from Cromwell House School Staines. This would have been typed up just hours before the start of war on the 1st of September and only 3 days before war was declared by Great Britain.

For me this really gives an interesting insight into the days leading up to the decleration of war. The teacher (or I presume head teacher) in his/her writing has prepared themselves for the worst and has a very strong feeling of no matter what happens school must continue and go on, and even though you can kind of tell they know what is going to happen, the letter gives reassurance to the parents that their children will be as safe as possible and they will be kept happy and interested in their lessons.

There was obviously optimism as well in this letter as the children were due to return to school on the 12th of September and needed to bring their gas masks with them unless the tensions had eased, which history tells us, it didn't!

I would think that by the time the letter had reached some of the parents that war may well have been declared by Britain.

I have found very little out about the school, there seems to have been a Cromwell House School in Hove but I can't find anything about a school with that name in Staines, there are some modern flats in Kingston road named Cromwell House which may have been an old site previously but I don't think the two are connected.

This letter is not only a reminder of the difficulties of the past but also a reminder of a time when tools were certainly built to last, some of these tools would have been dated and had the broad arrow / crows foot marked on them and some WD (War Department) indicating military use. These tools still turn up today, some of which can be found on my website. 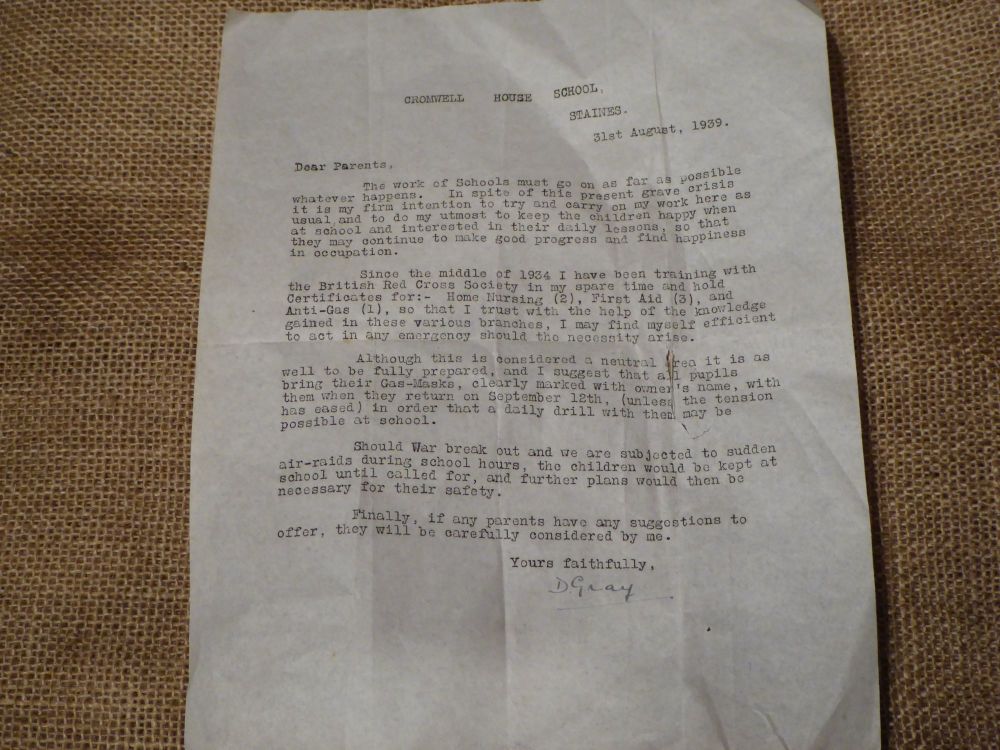 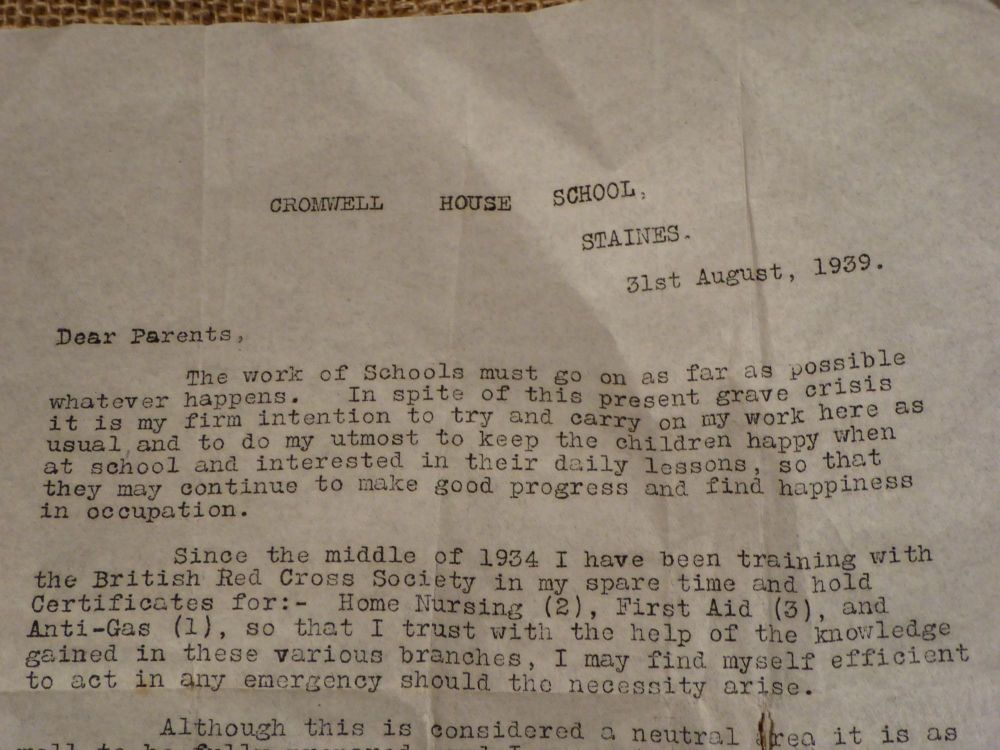 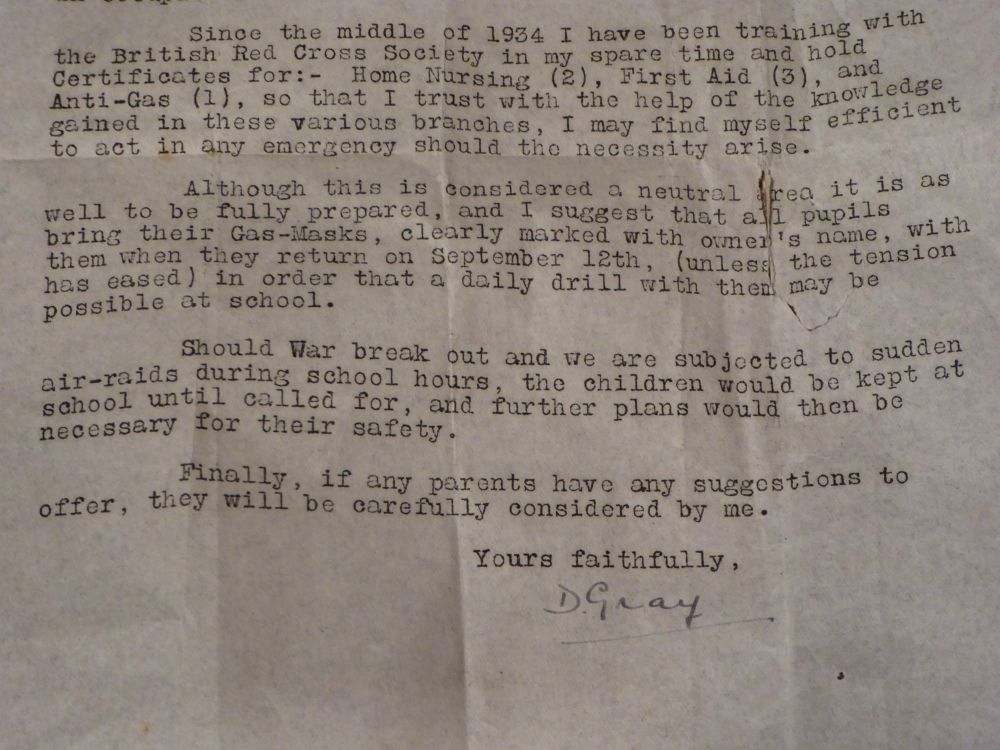 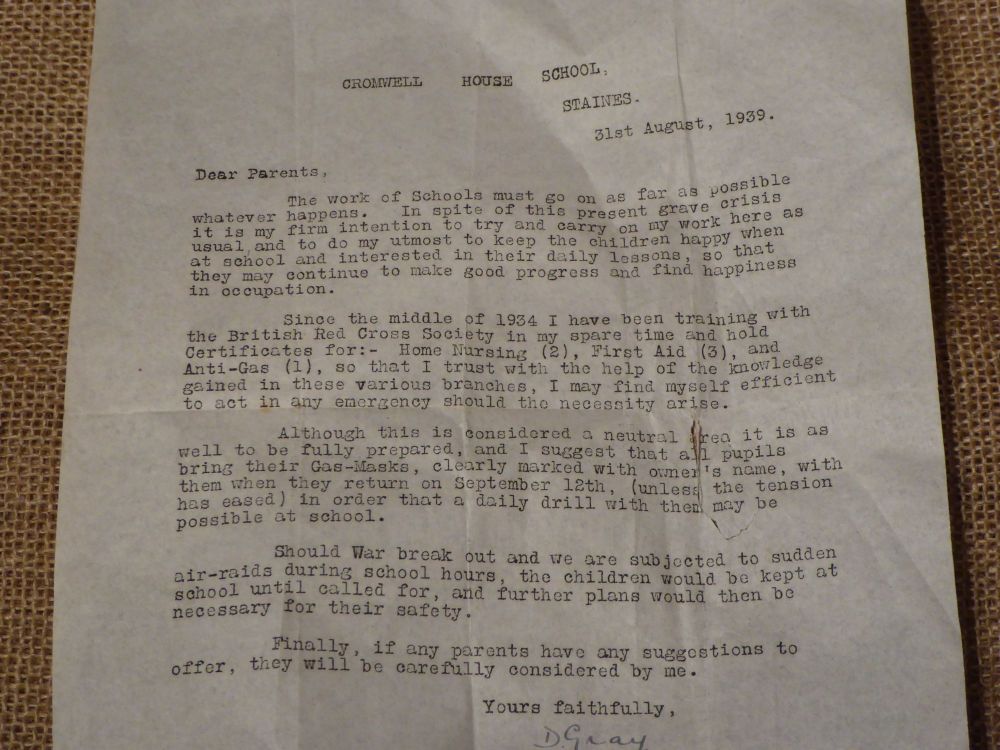